The Historical Roots of Bottom Grillz

Bottom grillz may often be thought of as an aesthetic trend that’s only gained popular notice in recent years due to famous artists such as Kanye West, Kylie Jenner, and other pop culture figures. However, what many people don’t know is that bottom grillz have historical roots that archaeologists estimate may date back as far as 2500 BC.

Bottom grillz have a rich history of being donned by figures in various societies, from people in modern-day Tuscany, to Filipinos, to the fierce Mayan warlords in 1500 AD – as well as the powerful Vikings, known to have donned bottom grillz as early as 900 AD.

One of the most fascinating things to note about grillz across all of history is what they symbolize: status. Powerful leaders and warlords across the globe wore grillz to assert their ferocity and superiority. Even Mansa Musa, known as the richest person in all human history, donned bottom grillz back in the 1300s. Worth over $400 billion dollars by the time he died, the African king who made his fortune through control of gold, salt, and other non-renewable natural resources recognized the symbolism of status that could be depicted through his wearing grillz.

Popularity in the Modern Age

Bottom grillz have remained an evergreen trend of our human history, although their popularity has slowed and then returned in bursts. Bottom grillz were particularly favored and shown off by Motown musicians of the ‘60s, and have been close to the hearts of hip-hop aficionados for decades. Thanks to major hip hop pioneers like DJ Kool Herc, Flava Flav, Big Daddy Kane, and more – it’s been artists like these that are to be commended for putting bottom grillz back in the spotlight.

Outside of North America, grillz have also pervaded societies in countries like Tajikistan and Uzbekistan in the 1990s, where the trend sustained its popular symbol of status until the rising cost of gold halted its widespread popularity.

With the release of the song “Grillz” by Paul Wall in the early ‘000s, as well as figures like Cash Money and the coined term “bling bling” by Lil Wayne, Birdman, Juvenile and the crew, bottom grillz have gained momentum once again in recent years. Popularized increasingly by contemporary popular artists like DJ Khaled and Kanye, the fashionable status symbol lives on.

Check out our Most Popular Gold Teeth Styles 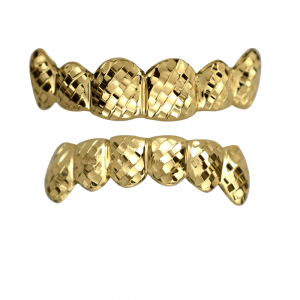 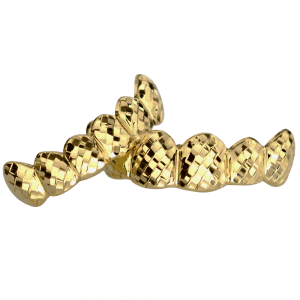 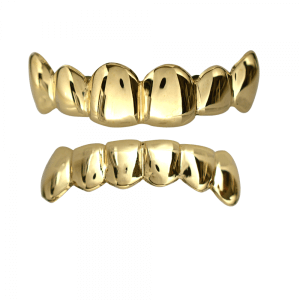 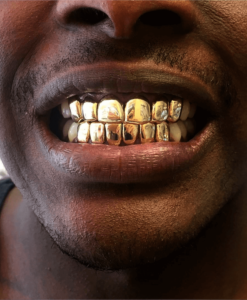 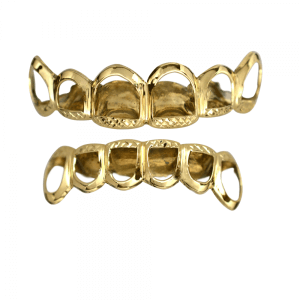 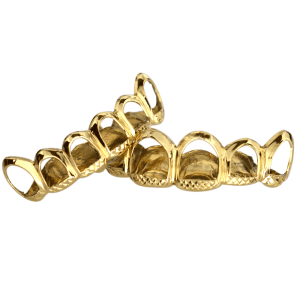 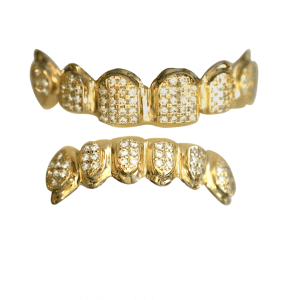 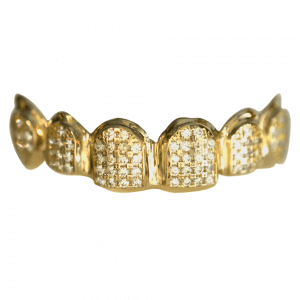 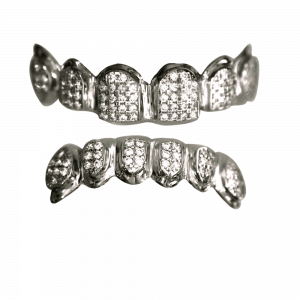 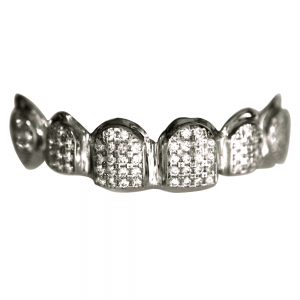 Interested in getting a set? Check out our shop here and use coupon code “BGT10OFF” to get $10 off your first purchase!

Some of the priciest grillz currently known range from grillz worth $152,700 made by a dentist based in Dubai in 2014, to sets worn by Lil Wayne and Kanye worth an estimated $100k. Even Keis and Nas bought matching grillz for their marriage that were valued at $36,000.

Other pop culture figures that have joined in on the trend include:

The most memorable set worn by a non-rapper that’s gained mainstream attention is arguably Ryan Lochte’s set of American-flag grillz valued at $25,000.

With popularity that’s beat the sands of time, bottom grillz remain a fashionable trend for many people. If you can’t afford expensive sets by the big names, bottom grillz by Buy Gold Teeth still give you the chance to affordably show off your status. Shop now and show your power.